For information / registration book by clicking the ticket links 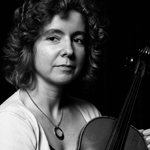 Bríd, from Castlefinn, Co. Donegal now lives near Dungannon, Co. Tyrone. Encouraged by her parents she grew up learning and playing Irish traditional music with her sisters in the Finn Valley area. With music on both sides of the family she is carrying on the tradition of fiddle playing. She won numerous under-age All Ireland titles and other prestigious fiddle awards including the Senior All Ireland, Oireachtas na Gaeilge and Fiddler of Dooney.

Bríd an MA graduate of the Irish World Academy of Music & Dance at University of Limerick has toured extensively and has performed with many great musicians including Dermot Byrne, Steve Cooney, Donogh Hennessy, Danny O’Mahon, Arty McGlynn, Harry Bradley, Tony O’Connell and Cyril O’Donoghue. She has been hailed as one of the leading exponents of traditional fiddle playing of our time. Bríd is highly respected as a teacher and has tutored at many Summer Schools and Workshops throughout Ireland and in France, Holland and the USA. Her first solo CD was released in 2015 and has enjoyed much success to date. 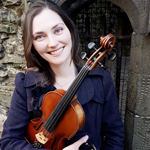 Zoë Conway effortlessly combines a background steeped in Ireland’s rich aural music tradition with a strong founding in classical music. She has toured worldwide and has appeared in many prestigious concert halls including Carnegie Hall, New York, The Kremlin Palace, Moscow and The National Concert Hall, Dublin. Her versatility as an instrumentalist has allowed her to perform across a broad range of genres, from guest soloist with world renowned orchestras, to touring with Riverdance and working with mainstream international acts such as Rodrigo y Gabriella, Damien Rice, Lisa Hannigan, Nick Cave and Lou Reed among others. She has released two solo albums, Zoë Conway, produced by Bill Whelan, and The Horse’s Tail, both critically acclaimed, and has also released a live DVD, Zoë Conway Live.

Zoe currently performs with the great Mairtin O’Connor & Donal Lunny and her husband John McIntyre, amongst numerous others. 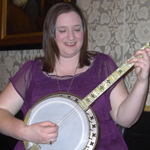 Brona Graham from Portglenone, Co. Antrim is one of the most influential banjo players around. She has been teaching banjo and mandolin  throughout Ireland, Scotland and as far afield as America and Canada. Brona also performs regularly with the well known group ‘Beoga’ and features on all four of their CD releases. Brona has a degree in Irish Music and Dance from the University of Limerick. 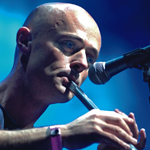 Brian Finnegan from Armagh, began playing whistle at age 8 and flute at age 10 as a student of the Armagh Pipers Club under the tuition of the Vallely family. He first came to public attention with the Irish group Upstairs in a Tent, and then in 1993 he made a solo album When the Party’s Over. In 1995 he formed Flook. Originally a three piece who toured as ‘Three Nations Flutes’ with Sarah Allen and Mike McGoldrick, they later added Ed Boyd on guitar forming Flook.

He is a frequent tutor for Folkworks and Burwell Bash where he has been a tutor since 1994. He tours regularly across the USA, Latin America and Ireland with guitarist William Coulter with whom he released the EP ‘Toward the Sun’ in 2015. He also plays with an influential Russian rock group Aquarium, both live and on their studio albums. He worked on cross genre project Parallelogram who toured across the UK in 2007 blending Jazz and Folk. Parallelogram featured fiddler Aidan O’Rourke, accordionist Martin Green, guitarist Kris Drever, saxophonist Pete Wareham, bassist Oli Hayhurst and drummer John Blease. 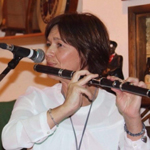 Deirdre Havlin, now living back in her home town of Ballymoney, Co Antrim, is a highly respected flute/whistle player and teacher. In her early days she won several All-Ireland titles on both flute and whistle and played with various Comhaltas groups across Ireland, England and USA. She joined the very successful trad band ‘Deantá’ for a number of years and later played with ‘The London Lasses’, touring and featuring on several recordings with both. Currently she is the inspiration behind ‘Causeway Trad’, leading various sessions on the North Coast. 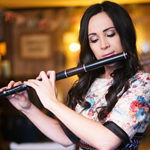 Born in Abbeyfeale, Co Limerick Louise is a well-established performer and tutor on both flute and uilleann pipes. Louise has travelled extensively in both capacities, as both performer and teacher of the tradition, appearing at some of the biggest national and international music festivals throughout Asia, New Zealand, Australia, Europe, America and Canada.

Louise was voted Female Musician of the Year at the Live Ireland Awards in 2017 jointly with her sister Michelle. Louise also received the award in 2015 and 2005 and was awarded Tradconnect Album of the year for year in 2017 for the latest  album release titled, ‘The Reel Note’, featuring Louise, her father Mick and sister Michelle. Louise is a regular contributor to music programmes, nationally and internationally, both on television and on radio and has also presented the traditional Irish Music series ‘Geantraí’ for the Irish language television station TG4. Louise graduated with her masters degree from Trinity College Dublin in 2015.

Michelle Mulcahy is one of Ireland’s most talented and gifted multi-instrumentalists in Irish traditional music today. Her array of instrumental mastery spans the harp, concertina, fiddle, piano, accordion and melodeon. She is considered to be one of Ireland’s most adroit and creative harpers. She is a regular performer and tutor worldwide and has recorded five albums by American record label Shanachie and Irish record label Cló Iar-Chonnacht. Her latest album ‘The Reel Note’ which she recorded with her father Mick and sister Louise, was voted Album of the Year 2016 at the Trad Connect Music Awards.

She was awarded the prestigious TG4 Young Musician of the Year in 2006 and was also awarded Female Musician of the Year in 2005 at the Live-Ireland awards in the United States, in 2013 for her solo album Suaimhneas and jointly with her sister Louise in 2017. Michelle’s solo harp debut album “Suaimhneas” was released under the Cló Iar-Chonnacht label in 2012 and has been receiving worldwide acclaim as one of the top harp albums in Irish Music. Michelle recently graduated with her PhD from the University of Limerick, her dissertation being titled ‘Aistear: Performing Cultural Encounter: An Arts Practice Investigation of Karen, Burmese and Irish Harping Traditions’. 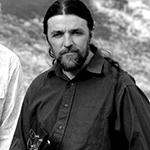 Seamie O’Dowd is a guitarist, singer and songwriter who also plays fiddle, harmonica, mandolin, and a number of other instruments. He was brought up by parents steeped in the musical traditions of South County Sligo and started playing the fiddle at eight years of age.

His experience includes recording production, teaching and, more recently, film soundtrack work and encompasses solo performance as well as extensive work with bands and small groups as both a member and a session musician. 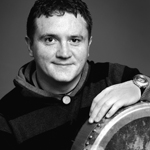 John Joe Kelly is one of the most sought-after bodhrán players on the folk music scene today. A member of Flook and Mike McGoldrick bands among others, John Joe’s playing has become legendary throughout the traditional scene and he is constantly expanding the boundaries of what beats and sounds you can get from one simple drum.

He has been involved in many world music collaborative projects with musicians varying from Tim O’Brien, Kate Rusby and Dan Tyminski to Zakir Hussain, and has recorded extensively with numerous traditional musicians from all over the world, to many to mention! 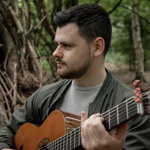 Niall Hanna is a traditional/folk singer and guitarist from County Tyrone. He was immersed in traditional singing from a young age. This was a legacy left behind by his grandfather Geordie Hanna and his sister Sarah Ann O’Neill. Niall won his first all Ireland title in singing when he was thirteen years old.

Niall started to learn music his music at both local Comhaltas classes and the Armagh Piper’s Club. Through this, he gained experience in performing and playing with other musicians. Since then he has gone on to perform and give workshops across Europe and in Australia. In recent years Niall has performed professionally with acts such as Reel It in, The Rapparees, Cathal O’Neill, Buille, Cathal and Stephen Hayden, Dónal O’Connor, John McSherry, Martin Meehan and many more.

Niall is the current recipient of the Young Musician’s Platform Award (YMPA) from The Arts Council and he has used the award to record his very well received debut album of traditional & self-penned songs titled ‘The Autumn Winds’. Recently, Niall performed with the Ulster Orchestra and has also recently returned from an Australian tour. 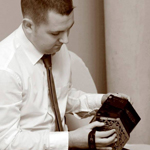 Ciarán is a concertina, flute and whistle player from Derrytresk, Co Tyrone and is a grandson of the well known singer, Geordie Hanna. He is a past pupil of the Armagh Pipers’ Club and currently teaches concertina in the Club. Ciarán won the All-Ireland Senior Concertina at Sligo Fleadh 2014 and in the same year, was part of the Knockmore Ceilí Band winning the Senior Band competition. He has played in many groups with the most notable being Ioscaid who were winners of the Gael Linn Siansa competition in 2010 and the BBC Young Folk Award in 2011. Ciarán has toured many countries to date including Germany, France, Denmark, Finland and UK. 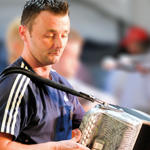 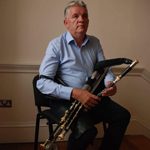 Gay took an interest in uilleann piping in the 1960s under the tutelage of Leo Rowsome at the Piper’s Club on Thomas Street in Dublin’s city centre.

Since the mid 1970s Gay has toured and recorded extensively including contributions to piping compilation albums The Piper’s Rock and The Ace and Deuce of Piping Vol. 2. He published a solo album Irish Piping Tradition in 1997 and a trio CD The Dusty Miller with his sons Conor and Seán in 2005. Whilst living in London in the mid 1970s Gay recorded music from West Clare and Galway with Bobby Casey, Raymond Roland, John Roe and Liam Farrell. Gay played on the Silly Sisters album with Maddy Prior and June Tabor and later with Christy Moore on the Iron Behind the Velvet.

He has taught piping for over 45 years at the Pipers Club in Thomas Street and Na Píobairí Uilleann and has established piping classes at locations throughout Ireland.