Sunday 5th August – 8.00pm
Tickets £15 – book on Eventbrite
All under 12s free entry to all concerts over the weekend. 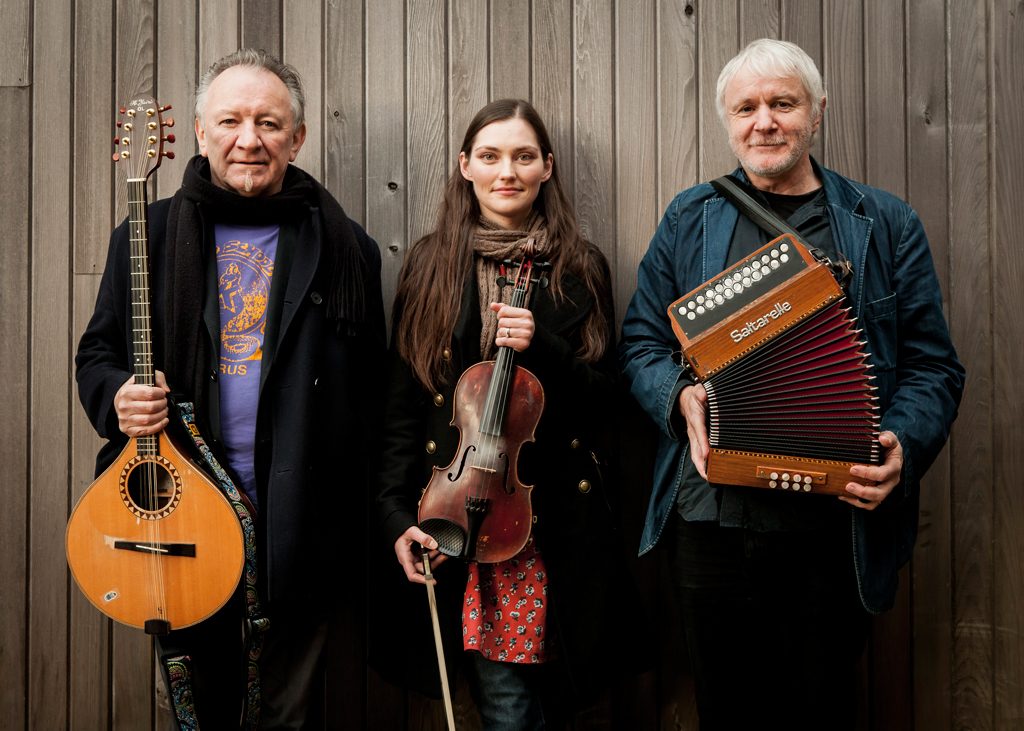 Described by critics as a “trad music supergroup”, ZoDoMo is the latest highly acclaimed traditional Irish group to step into the limelight. The trio features three of Ireland’s eminent musicians, Zoë Conway, one of the country’s most gifted virtuoso musicians who is equally at home in both traditional Irish and classical styles. Dónal Lunny, popularly regarded as having been central to the renaissance of Irish music over the last three decades and Máirtín O’Connor, a master musician whose dexterity and innovation has won him worldwide acclaim.

“(ZoDoMo) achieves the near impossible: capturing the energy of a live performance in studio, fuelled by a heady (and deliciously unpredictable) mix of traditional and spikily original tunes, along with a smattering of covers. The title tells it like it is: In Full Sail – Faoi Lán Seol is a magical snapshot of three musicians flying fast and high on the momentum they have conjured with apparent effortless ease.”  – Irish Times

Zoë Conway effortlessly combines a background steeped in Ireland’s rich aural music tradition with a strong founding in classical music. She has toured worldwide and has appeared in many prestigious concert halls including Carnegie Hall and The Kremlin Palace. Her versatility as an instrumentalist has allowed her to perform across a broad range of genres, from guest soloist with world renowned orchestras, to touring with Riverdance and working with mainstream international acts such as Rodrigo y Gabriella, Damien Rice, Nick Cave and Lou Reed among others. She has released two critically acclaimed solo albums and a live DVD. Zoë tours regularly with her husband, John Mc Intyre on guitar, described as “simply one of the best folk duos on the planet”. BBC

A gifted guitar and bouzouki player, composer and producer, Dónal Lunny is a figurehead of Irish traditional music and a household name in the Celtic music scene. He has been at the forefront of the evolution of Irish traditional music for more than 35 years and is popularly regarded as having spearheaded its renaissance over the last three decades. Since the seventies, Dónal has founded legendary seminal Irish bands, Planxty, The Bothy Band, Moving Hearts, Coolfin and more recently Mozaik, Triad, Usher’s Island and Atlantic Arc Orchestra. Much sought-after in studio, he has produced albums for artists such as Kate Bush, Baaba Maal, Paul Brady, Indigo Girls and Clannad.

Regarded in the folk firmament as something of a national treasure, Máirtín O’Connor’s name has been synonymous with the accordion for decades both as a master of the instrument and as a composer/arranger. His skill, dexterity and innovation has won him acclaim around the world both as a driving force behind the Riverdance phenomenon, as a member of De Dannan, and for more than a decade as the Máirtín O’Connor Band with Cathal Hayden and Seamie O’Dowd. Máirtín has composed for theatre, television and film and has been a session and guest musician on many recordings by international artists such as Rod Stewart, Elvis Costello and Mark Knopfler. Máirtín O’Connor Band performed at the Copenhagen Koncerthuset for WOMEX ’11. 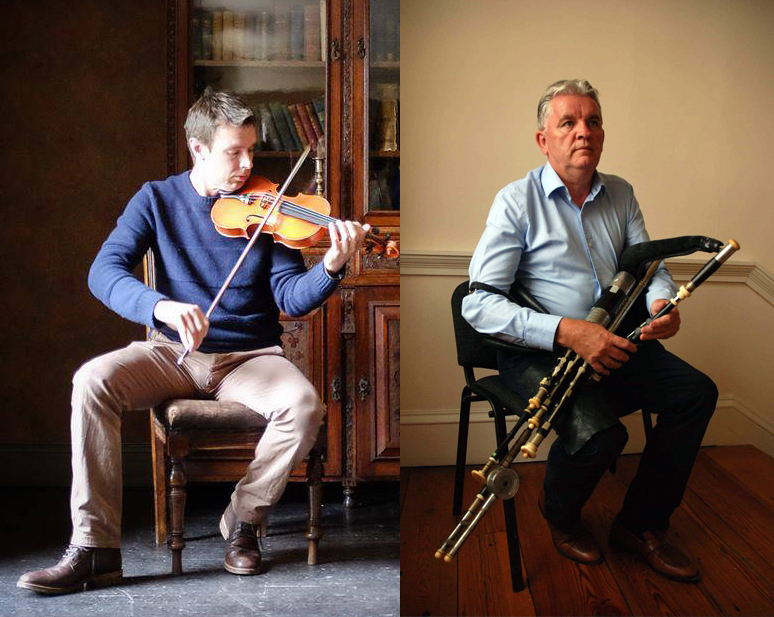 Liam O’Connor, one of Ireland’s leading fiddle players, was born into a musical family in Dublin. His father Mick O’Connor is a well-known flute player, researcher and leader of the Castle Céilí Band. During his youth, Séamus Glackin taught Liam. By age of 15 he had won 5 All Ireland fiddle championships and later added junior and senior Oireachtas fiddle competitions. He also completed 8 grades in Classical violin training in the DIT College of Music, Dublin. He was awarded TG4 Young Musician of the Year in 2002.

In 2009, he released a critically acclaimed CD “Dublin Made Me” with uilleann piper Seán McKeon which was described as “Exceptional musicians who marry technical prowess with a marvellous sense of adventure and history” (Irish Times). In the same year he secured first-class honours in a graduate diploma in Irish Folklore in the UCD Delargy Centre for Irish Folklore and Linguistics and the National Folklore Collection. In 2012, he was invited to give an illustrated insight into the music of Tommie Potts at the launch of RTÉ CD Tommie Potts – Traditional Fiddle Music from Dublin and in 2013 he was commissioned to record and compose music for inclusion in Stailc 1913 a TG4 film-documentary on the 1913 Lockout.

The Loom, a solo album that received five-star ratings and rave reviews was released in 2017. Described in an Irish Echo review as a ‘mind-bogglingly good album full of wow moments from beginning to end.’ It was voted Trad Album of the Year 2017.

Gay McKeon took an interest in uilleann piping in the 1960s under the tutelage of Leo Rowsome at the Piper’s Club on Thomas Street in Dublin’s city centre. He has taught piping for over 45 years at the Pipers Club in Thomas Street and Na Píobairí Uilleann and has established piping classes at locations throughout Ireland.

Since the mid 1970s Gay has toured and recorded extensively including contributions to piping compilation albums The Piper’s Rock and The Ace and Deuce of Piping Vol. 2. He published a solo album Irish Piping Tradition in 1997 and a trio CD The Dusty Miller with his sons Conor and Seán in 2005. Whilst living in London in the mid 1970s Gay recorded music from West Clare and Galway with Bobby Casey, Raymond Roland, John Roe and Liam Farrell. Gay played on the Silly Sisters album with Maddy Prior and June Tabor and later with Christy Moore on the Iron Behind the Velvet.