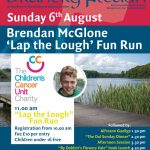 Cathal Hayden from Pomeroy Co. Tyrone is one of the biggest names on the traditional music circuit to-day. His recordings, whether solo or in collaboration with the acclaimed Four Men and a Dog or Maritin O’Connor Trio, and more recently with Christy Moore, have become standard bearers for emerging musicians over the last twenty years. Described as one the foremost fiddle and Banjo players of his generation, his long awaited debut banjo CD ‘Hooked on Banjo’ was launched at the Brantry Fleadh 2016 to great acclaim. Siobhan Long from the Irish Times described it as ‘a force to be reckoned with, complex and elegant in equal measure and a very fine snapshot of a musician in full swing’. Christy Moore shares a similar opinion – ‘a beautiful album with tunes carefully chosen to form a perfect mixture of old and new’.

Stephen Hayden, brother of Cathal, is regarded as one of the finest fiddle players of his generation. He first rose to fame as the fiddle player in energetic trad band Upstairs in a Tent, over 20 years ago. In more recent times Stephen has performed as a guest with bands such as the Mairtin O’Connor Trio and Four men and a dog, before coming a full time member of the ’Dogs’

Niall Murphy, from Camlough, Co. Armagh, a rising star in the world of traditional music, has already carved a reputation for himself. In 2012 he won the All Ireland Senior Fiddle Championship and in 2010/2011 won the Senior ‘Fiddler of Oriel’ and ‘Fiddler Of Dooney’ competitions. He is currently a member of Cara Dillon’s band and ‘Breaking Trad’. Niall has also collaborated with many others including Brian Finnegan, and John McSherry.

Fiddle player and composer Charlie Lennon has penned the following in relation to this new Bow Bro’s recording. ‘This new album from Cathal, Stephen and Niall is full of drive and energy, amply supported by their backing musicians. Their delivery, style and setting of tunes is a fine example of the power and strength of Ulster traditional fiddling.

The album features a wide variety of tune types including of course energetic reels and jigs of which my favourite is ‘The Hare’s Paw’. Of all the tracks the one that stands out for me is their beautiful rendition of ’The Mountains of Pomeroy’. This tune was a popular march back in my young days but it takes on an entirely new life as a slow air, which they handle in such a delicate and delightful way. This album is a must for all who take joy in listening to music that stirs the soul’.